A True Halloween Horror Story: The End of Latakia

T’was the night before Halloween and all through the flat, not a creature was stirring, not even a bat. The treat bags were hung, by the doorway with care, in hopes that good neighbors wouldput candy in there. The children were nestled all snug in their beds, while visions of peanut butter cups danced in their heads. With ma in her kerchief down to bed for a nap; I reached for my jar of vintage, Dunhill Nightcap.

Relaxing smoke twirled so thick that when I heard a clatter, I DGAF to see what was the matter. The Virginias were dark, the perique a musky tool, to which a heavy hand of latakia helped burn more cool. The first bowl quaffed quickly but only partlyslaked the thirst, the thought of a second didn’t seem the worst.

But two bowls of Nightcap could be hazardous to the health, so I reached for a jar of Sam Gawith’s Commonwealth. Virginias danced on the pallet like the pointed toes of a ballerina, allsoftened by the cool smokey leaf of Latakia. The retrohale soft, the burn mighty fine, with an aroma like a campfire of ponderosa pine. It’s All Hallow’s Eve and on this night of fright, I’ll tell you a story that I think fits just right. Now, of ghosts or of goblins, you wouldn’t shed a tear, but for a tale of true terror, we almost lost Latakia forever last year.

Jeremy McKenna is the President of Sutliff Tobacco, America’s oldest Tobacco Company. During the pandemic he built a 5 seater bar in his large corner office, which also sports a couch and an executive sized desk. McKenna sat for an interview recently during the Richmond Pipe Show and shared a bit of information that would leave any pipe smoker shaking in their boots. “We don’t tell the public because we don’t want them to flip out, but there’s been times over the last 6 years that I’ve been here when we’ve been literally down to our last bale of Latakia,”

The end of Latakia? The very idea leads one to break out in a cold sweat. McKenna’s words seemed to trail off for a moment as I began to calculate a list of my favorite blends; nearly all of them were packed full of the smokey leaf. I remember, back in the 1990s when people were all worried that we would hit peak oil in 2020; it’s part of the reason Elon Musk was inspired to create his wiz bang electric cars—but peak Latakia? We weren’t expecting that! Who could become the Elon Musk of Pipe Smoking and save English Blends!? I shot a look at McKenna, who resembled Musk a bit. He’s a similar build, younger, tall, similar color hair but leaner in the face. Could this be our man of action? I turned around and glanced at the 5 seater bar and whispered, “Jesus, Mary and Joeseph,” under my breath.

Sutliff buys thousands of pounds of Latakia a year which they store at a raw leaf warehouse across the street from the factory. “We have, on the regular, over a million dollars of leaf [in storage],” said McKenna, “There’s lots of reasons for that, mostly because when certain leaf varieties are available we buy up.”

The thought of a million dollars worth of sweet virginia leaf sitting in a factory off site began to ease the tension that had built up in my shoulders for a moment. But, how much of that leaf was of the smokey black gold variety? He couldn’t tell me exactly how much he bought or how much he had in stock. What if he was down to his last bale 6 months ago and this is it? No Maltese Falcon? No Plum Pudding? No Nightcap? NoBalkan Sobranie? No Penzance!? A record skipped in my mind, No PENZNACE!?! I swallowed hard, it felt like my Adam’s apple dropped down into my stomach. I thought I might get the vapors and fall out of the chair like Tony Soprano in the episode where he passes out in his Suburban. The corners of the room seemed to curl inward.

McKenna, who had trailed off in my inward thoughts and calculations, resumed speaking.

“When Mac Baren saw Latakia become a supply issue, before Syria got bombed because that’s where a lot of the supply of Latakia came from,” said McKenna, “When that war happened and devastated that industry, the consistency became rough. SoMac Baren reached out and created a project which we actually funded together. We got with some people and had barns built and smoked. I paid for a lot of mine up front in huge deposits to fund their operation because they built it from the ground up. I don’t want to say if it’s in Cyprus I’m not sure but it’s in the Cyprus region if not in Cyprus. We would get an update from this company every 3 months with a PDF and a picture of the barns they’re building and them smoking it,” they would write to McKenna, “’We tried this and it didn’t work, and so now we’re switching these baskets or we’re moving this.’ There was a lot of trial and error I mean, they promised us a whole bunch one year and it almost got delayed a whole year. But it’s working now, it’s putting out some good Latakia, it’s a nice stable base. And you can pick other’s up in other places, and we do when we get it. If somebody calls me and says that they have a container of Latakia we probably buy it, whether we need it or not. Just because, when you’ve been almost hand to mouth, it’s such a vital component.”

The tension gave way to interest. New Latakia Barns? I nearly made the sign of the cross. I began to look at McKenna in a whole new light, he seemed even a little bit taller at that moment; he could probably dunk a basketball, I thought. Maybe this could be our Elon Musk after all.

“We always used to say that the pipe tobacco market as a whole was declining. It started off as an 8% decline as an industry, but the pandemic, from what I can tell anyway, gave it a huge shot in the arm. And so, we’ve been waiting to see, okay is it going to stop? Like is this month going to be the month that we go back to pre-covid numbers? But that month hasn’t come yet. Soit’s encouraging. I think with the youtube followers going up, I do think there is a younger crowd coming in, and by younger I don’t mean kids obviously, but like 20s and 30s who are finding the joy in [pipe smoking] and the romance in it.”

According to the most recent Federal Trade Commission report, US cigarette sales were up for the first time in 20 years. The tobacco market on a whole is surely seeing a bump and pipe tobacco is no exception. People like cigarettes because they feel that they’re easier to manage than a plug cut; but the truth all pipe smokers understand is that there is no replacement for the sweetness of the briar. Roll up one of your favorite blends in a zig zag and you find out quickly that most of the taste one gets from a cigarette, is burning paper.

Most pipers are hesitant to say that you can give up the cigarette for the pipe but that’s certainly been my experience. For a man who enjoys the finer things in life, the cigarette just won’t do. Beyond this, there is another factor: women.

I lit up a Sasieni 4 Dot, rusticated Pembroke the other day at an outdoor electronic music festival; I was smoking the latakia laden E.A. Hoffman’s, “Distinguished Gentleman.” Within 2minutes I had a slender dancing queen taking pictures of me and telling me how much she loved the fact that I smoked a pipe. I ended up with three women in their 20s in the back of my ride that night and we all enjoyed a nice Korean BBQ together. My Fiancée, who was also present, was not thrilled that the pipe attracted so much attention; but she’s a trooper.

When you walk down the street smoking a pipe people will stop you and thank you for smoking a pipe; the growth in the market seems natural to me. Throw in the addition of Muttnchop Piper to show the uninitiated how it’s done and you’ve got the recipe for resurgence in pipe tobacco. It bears noting that Ole Mutt’s subscriber count was around 2k pre pandemic and has now risen to over 60k as of writing.

Digging further into the story I was able to find tales of the end of Latakia sparsely spread throughout the internet. PipeStud, to his great credit, was able to sense a weakness in the tobacco force. He wrote a story on his blog where he theorized that the end of Cyprian Latakia was neigh. I don’t think he realizes how close he had come in his prediction. Luckily due to the interview with McKenna, we can fill in the happy ending that we all so richly deserved.

While we will be digging further into this story; and trying to determine the growing location update and varieties that will become available; I would like to remind everyone that with a little bit of resurgence in the industry, anything is possible. Up to and including bringing back Yenidje, the oriental that made the famous Balkan Sobranie (I’ve had it, trust me it’s worth it).

In a later interview with the factory floor manager at Sutliff, Jonathan Wood revealed to us that he’s down to his last bale of another famous varietal which he predicts may go the way of the Yenidje. Join us next month to find out which popular leaf we’re about to lose next! Same Bat time, same Bat channel. Happy Halloween everyone! 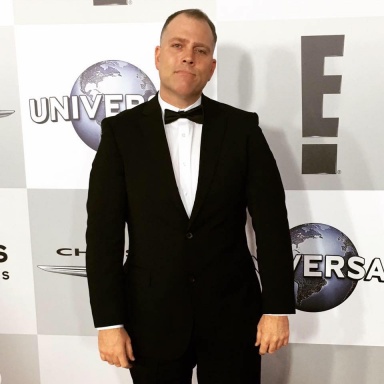 Old Hollywood Briar is the pseudonym I use to publish artwork dedicated to my appreciation of the sweet Virginia leaf. It’s the way I keep my name out of studio searches that would frown upon a connection to the cavendish. When I think of Old Hollywood, I always think of my grandmother, who came out west during the Oklahoma dust bowl, eventually landing a job at McDonald Douglass in California where she made the triggers that dropped the allied bombs during the war. Or my Grandfather, the LAPD beat cop whose transfer to the duty station at LAX in the 1950s meant that he was the defacto gaurd for the jet setting celebrities of his day. For the record, he always used to say Elizabeth Taylor was the most beautiful of all the actresses in real life. Maybe it’s presumptuous for me to call myself Old Hollywood, after all I’m in my early forties, but I’ve seen a lot in my time. I was the house photographer for KROQ, a columnist for the North County Times, I spent several years as the house photographer for Coachella. I’ve partied with Paul McCartney on his tour bus, interviewed Chubby Checker and we used to throw parties at Helen Miran’s estate above the Chinese theater that would make a grown man cry. I’m writing this to you now, in my very old and very small house in the Hollywood Hills, just under the Hollywood sign. Most people don’t know it, but there is a giant lake just under the Hollywood sign. They say some people just have an old soul, but I’m so Old Hollywood that Ed Asner once gave me a poster of himself in the nude as a gag. It was a different time then.